A man writes a check for a down payment on what he believes will soon be his new deck, only to continue looking out the patio door at some dirt and the holes that had been dug for footings that never got poured. Another family has contracted with a "company" to paint the exterior of their home, but 3 weeks later the job is only half finished and the painters seem to work on no certain schedule. And then there is the widow lady that is convinced by someone that if she doesn't do the work to her home soon the damage to her house will be irreparable. These stories are all too familiar to those of us who live in the metropolitan area, and are played out every day on the pages of our newspapers and on programs such as Call For Action and Seven On Your Side.

Why is our area being converged upon and plagued with home improvement scams brought on us by people whose only concern is a dollar, and by those who have no concept of what honesty and integrity is? Why is it that the Northern Virginia area, in particular, seems to be a haven for this kind of activity? What can legitimate contractors do to set themselves apart from these types of operations, and what can the homeowner do to protect themselves?

The Northern Virginia and Washington, DC areas are particularly susceptible for 3 reasons:

The chances are that a person will never be caught operating without a license in Northern Virginia.

What can homeowners do to protect themselves and at the same time not be unreasonable with their contractor?

Recently my house was painted, I am very please with Mr. Dagaberto Rodriguez work. He behaved very professional and courteous.I will not hesitate to recommend him for a job.

A Review from Washington, DC

Ricardo and Cesar were fantastic. Prompt, professional, and kept me informed at every step. Please let their manager know.

A Review for an outstanding job.

Please see my post on Facebook. Bryan and Daniel did an outstanding job for us today and we couldn't be more pleased. Thanks again for the outstanding job.

Williams Prof Painting did a great job on our huge 2-story windows and walls in our family room. When Rick came to do an estimate, he assured me they do this kind of work all the time, and they take great pride in their work. Carlos and Jorge were our painters and were always courteous and professional. Everyone communicated well and we could't be more please. Will use them again. Great job from a well-run company.

We are writing to express our thanks to Dagobarto for doing such a wonderful job painting the room we plan to use as a nursery for our new baby.

The prior paint job was not great and he did a fantastic job putting on the new color and trim, as well as cleaning up the mess that was already there. He was prompt, attentive, and professional and my husband and could not be happier with the results. The nursery looks fantastic.

Thanks again and we will certainly consider your company for paint work, and of course recommend your business to others we know.

Dear Rick - A quick note to thank you for extraordinary work on my garden wall on 33rd Street. In particular I'd like to compliment Jose and his team for doing a beautiful job on time and under budget -- all without disturbing our tenant or neighbors! I will most definitely work with you guys again the next time we need help with our house.

A Review from Clifton, VA

Everything looks great. They did a fantastic job and were very professional.

Bryan Pinto, one of William's foremen, and his team showed up early the first day and performed their work with efficiency and care. The team finished the job promptly and did excellent work, carefully executing detailed carpentry work on crown trim and painting as high as the peak of our four story town-home. Very impressed with their work and would hire again.

I wanted to write to let you know that Cristian and his team once again did an excellent job for us.Both the hallway and the nursery look beautiful.And the outside work also looks great.Even the siding ended up being a perfect match.Cristian and Jorge are so pleasant and professional.With the baby coming next week, we really appreciate you fitting us in on such a short time frame.Thank you again!

Dagoberto Madrado (sp?) and Pablo tackled repainting the interior of my home. I was impressed by the way they scoped out the job and the way they chose to tackle it. And, tackle it they did with professionalism and skill, all the while touching base even on such minor details such as whether I wanted to rehang pictures where they were. It I was especially impressed with the care they took in prep work, which, no doubt, made the final result excellent. After each day, Dagoberto would ask me to take a careful look at their work and give him feedback. They were especially careful about making sure furniture was appropriately moved and put back. Both Dagoberto and Pablo are truly an asset to Williams Brothers. This was the second time I’ve engaged Williams Brothers, and on both occasions the result was outstanding. The attention to detail Dagoberto and Pablo gave to my home was outstanding. They should be proud of the result as I am pleased by it.

Review on a Recent Work

I just wanted to write and say what a nice job Walter and Gino did at our house this past week.

They were very pleasant to work with and have around.

I was very happy with the work.They were extremely focused on making sure I was happy with everything and took extra care to make things perfect.

I would happily have them back again and want to thank you for sending such a great crew to my home!

Mary, I was just thinking about you. Driving back from the job now. It all looks wonderful. Very impressive what Milton and his guys did. They are so happy. I love working with your company. The office admin person is back from a conference and will get me the check next week. As I was taking the elevator up a woman commented on my toile tote bag and asked for my card as they will be renovating their dental office. Love it.

Have a fabulous weekend.

Thank you for providing us with two highly professional workers.

My husband and I would like to tell you how pleased we are with the work that was done by your employers, Juan Maldonado and his co- worker. They were at our house on Wednesday September 23 and Thursday September 24. While here they did carpentry work as well as painting. The end product is truly top of the line. We found Juan and his co- worker to be hard working, pleasant and above all else extremely competent. It will be our pleasure to recommend them to our neighbors, many who saw the Williams truck in front of our house and were curious to know what we were having done, and our many other friends.

Thank you for providing us with two highly professional workers. The result of their work gets an A+.

Dago and Eric just left. They did a wonderful job. I really love the way the bedroom looks and as for the guest bathroom, they were able to repair the plaster from the roof leak before painting the room and it looks great. I will definitely fill out a review for you and for them.

I also appreciate the help that Lisa gave us.

Please do not hesitate to give my name if people request a reference.

"Thank you for coming over to pick up the check; I appreciate it. And please tell Santos and Rodrigo how much I appreciate nice work – especially finishing the extra work in time to show off the whole house to my Thanksgiving company. That was a nice holiday treat!"

You have a wonderful Hardworking crew, polite, and kind, and the house looks beautiful! My husband of 60 years is in the hospital and will have to remain for long term care. I will take a picture of the house to cheer him up!

To Whom it may concern:

Franklin just worked on our basement and did a wonderful job.Very professional and informative re: the drywall fix. We will certainly use his services on any of our future issues re: wall painting issues etc.. Highly Recommended!!AAA+ Grade!!

I am very pleased with the work that was done. The painters were very courteous and friendly. Thank you for the great service!

You tell us about your painting needs and goals, and we’ll share a clear, detailed plan to make it happen.

On-time and as-promised. Really! It’s that simple. You deserve an awesome painting project that delivers exactly what you need.

You have high standards, and so do we. We aren’t done until you are completely satisfied.

What You Should Know About Us

Our neighbors have been trusting us for over 40 years, and we want our appreciation to show!

Take advantage of our experience and training. Have questions? Ask away! Need help? We’re here.

Our painters are invested in their trade and love working on our team. See for yourself!

Whether we’re painting your home or your high-rise, you can expect clean, orderly work habits. 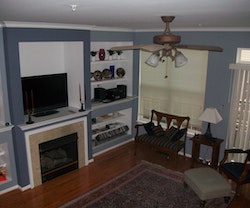 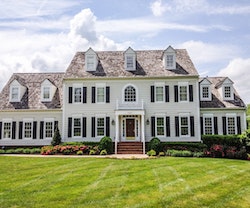 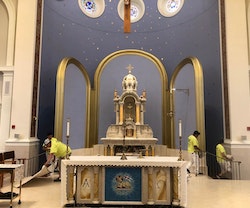 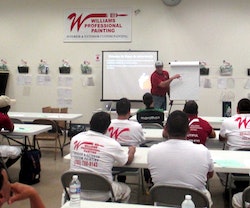 Our Team At Work 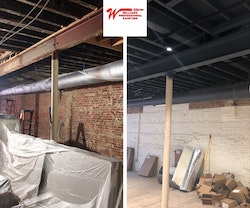 Residential Commercial About Join Our Team Get an Estimate